Erev tov, good evening, on this second Sunday of August 2019, as Tisha B’Av is ending and Eid Al-Adha beginning.

My mourning, prayer and work includes two more of my trans siblings murdered here in the US since my last post of this kind -- and there have been dozens more in the rest of our world. The total in this country in 2019 is now at least fifteen -- and all but one are Black trans women. Jordan Cofer, 22, was among the nine victims killed in the mass shooting in Dayton, Ohio, last Sunday August 4th -- and was the brother of the shooter. Pebbles LaDime “Dime” Doe, 24, was killed in Allendale County, South Carolina, that same day.

Again, the great majority of our stolen siblings here are Black, women, and young -- elsewhere, they are Latinx trans women and transfeminine people. Too, very little attention is given to the murders, assaults and disappearances of Native / Indigenous people -- especially girls, women, and/or Two Spirit people.

We also lose many siblings to suicide -- the attempt rate in our community is over 40%. And there are unreported trans deaths, reported deaths where the victim is not identified as trans, non-fatal assaults and much more. Trans people are not included in even basic civil rights laws in most states, and several states have anti-trans laws or are attempting to pass them -- and Trump administration is attempting to undo trans rights progress on a national level.

And while I say little here or elsewhere about the death details -- primarily to avoid further traumatizing my trans followers, especially those living at similar intersections as the victims -- it is vital to say that the great majority are shootings, and that this is yet another reason we desperately need gun control, and it is an LGBTQ+ and racial justice issue.

May all of my trans sisters, brothers and other siblings’ memories be blessings (as we say in Judaism) -- and call us to act! Today and every day, may we schlep closer to tikkun olam, world repair, at the intersection of LGBTQ+, climate, racial, immigration, spiritual, fat, disability, and all other stripes of the rainbow of justice! May we never forget that white supremacy has always included cis supremacy, misogyny and transphobia! Amen! 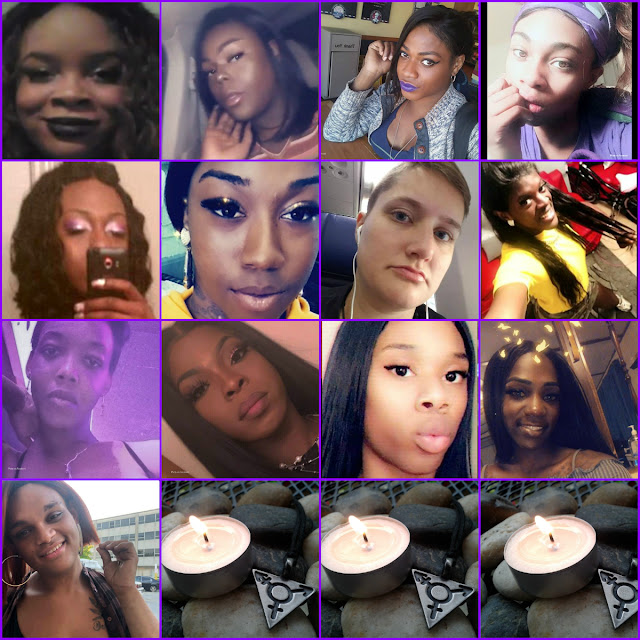