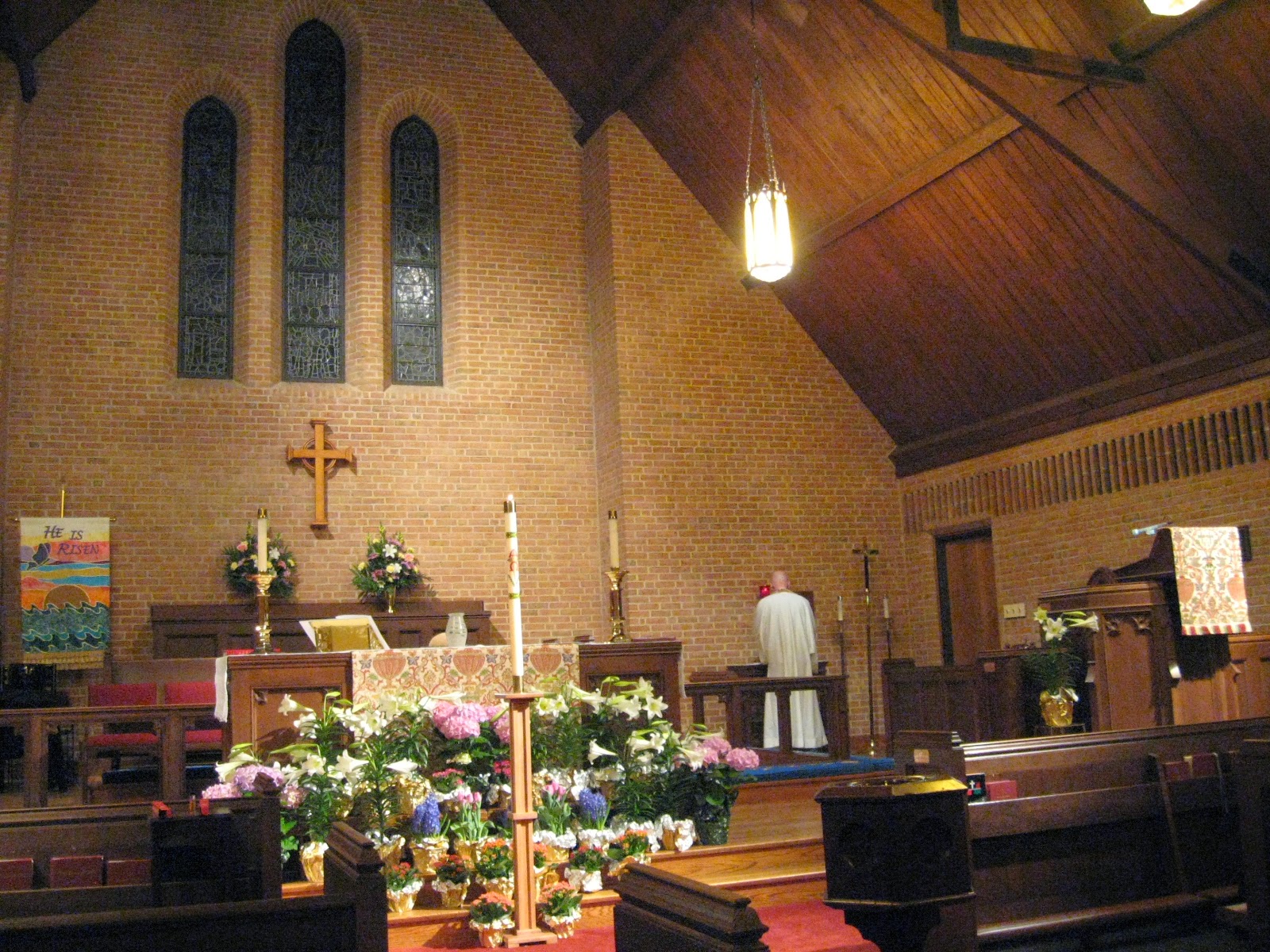 “Rejoice and sing now, all the round earth,
Bright with a glorious splendor, for darkness has been vanquished by our eternal King.”
-- Book Of Common Prayer
(Easter Vigil, page 286)

“They feast upon the abundance of your house;
You give them drink from the river of your delights.”
-- Psalm 36:8
(Common English Bible)

As part of our Holy Week havdalah, we went to the Great Vigil of Easter service at Episcopal Church of the Ascension (click here for the bulletin).  It was so good to see the altar cloths and other moveable furnishings replaced, after having seen them stripped away at the end of the Maundy Thursday service and absent at last night’s Good Friday service.  How much more so, to see them transformed into the Easter versions – spring flowers, multi-colored and metallic ye olde tapestry cloths and vestments, special candles, the handmade “He Is Risen” banner.

We gathered inside and were all given candles, then went out to gather around a little Weber grill on the front walk, where the priest kindled the new fire and lit the Paschal Candle; he led us back in in three stages with a versicle and response, and our candles were lit as we went.

It was a good, long, full service.  Some of my favorite aspects:
Celebrant:  Will you proclaim by word and example the Good News of God in Christ?
People:       I will, with God’s help.

Celebrant:  Will you seek and serve Christ in all persons, loving your neighbor as yourself?
People:       I will, with God’s help.

Celebrant:  Will you strive for justice and peace among all people, and respect the dignity of every human being?
People:       I will, with God’s help.

Also, it turns out that Ascension has a tradition of giving baptisees a white taper candle at the end of the ritual.

And now, a few more photos.

The Easter eggs, given by congregants, having their own vigil in the narthex as they wait for the hunt after services tomorrow.  (Aren’t the egg baskets that are also eggs cute?  They're sort of like some classic alien flying saucer designs, too.) 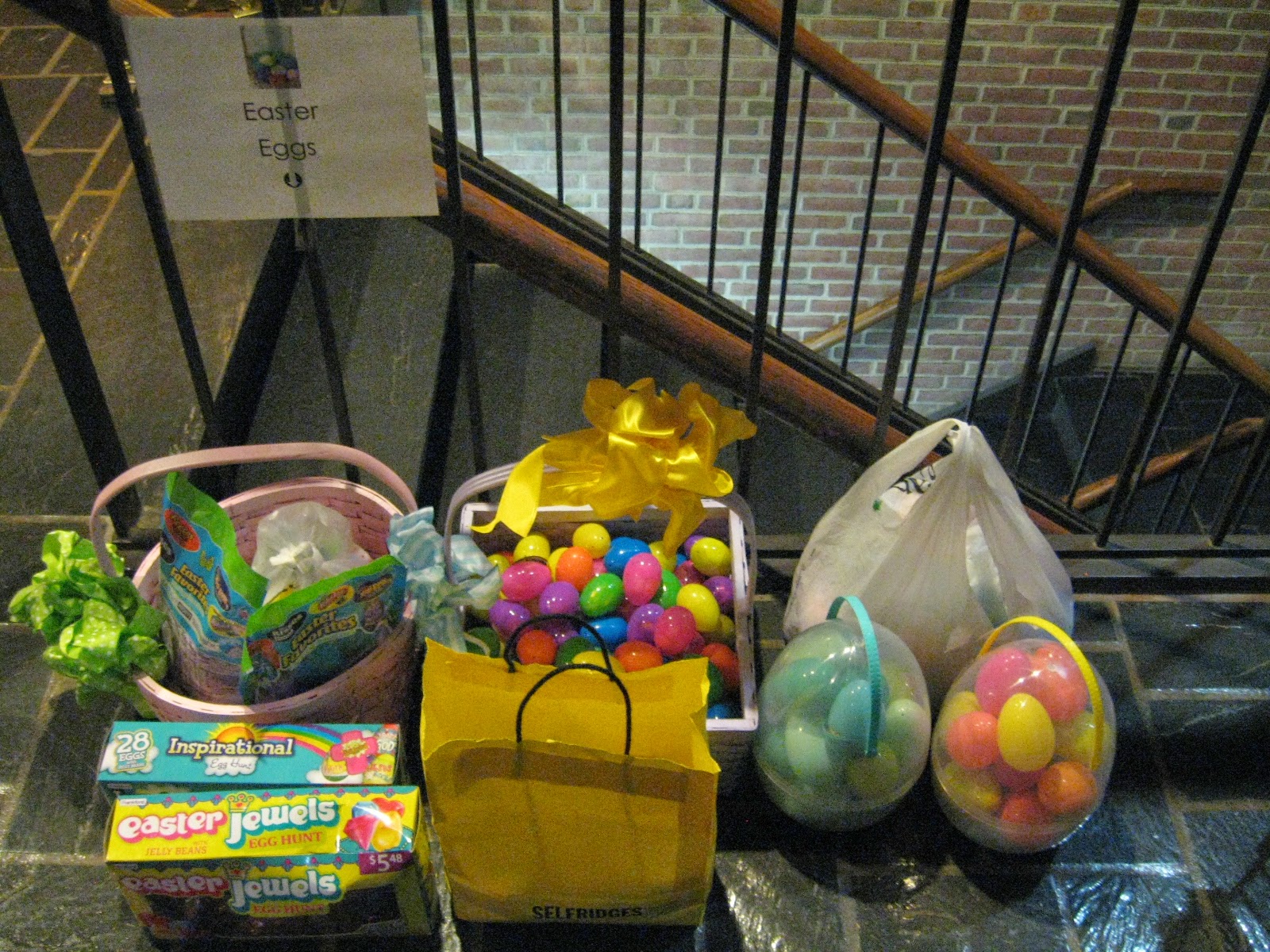 They made our nametags!  Our first ones here.  We’ll wear them tomorrow. 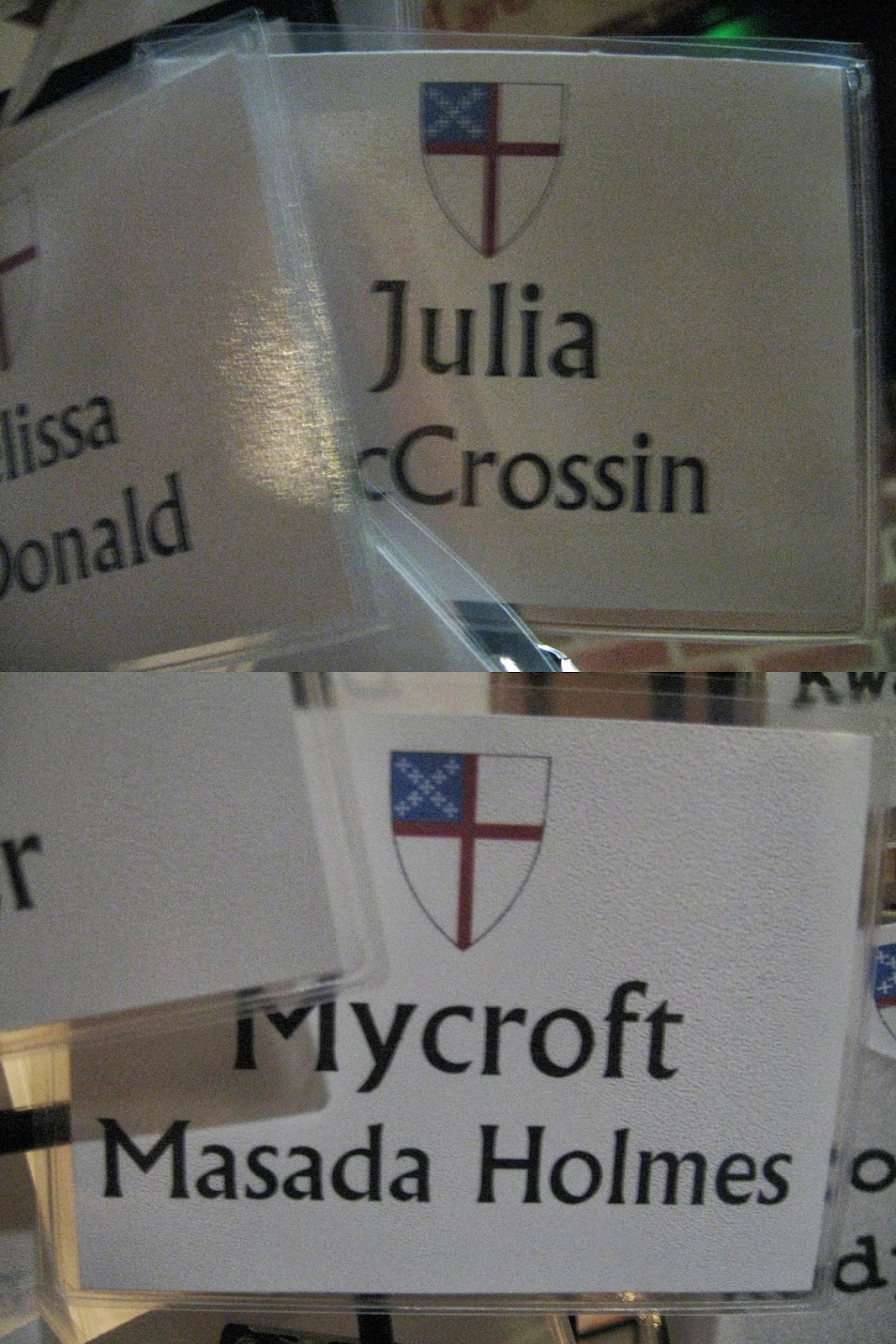 The little BBQ we used for the new fire and candles, waiting the Altar Guild to come and collect it. 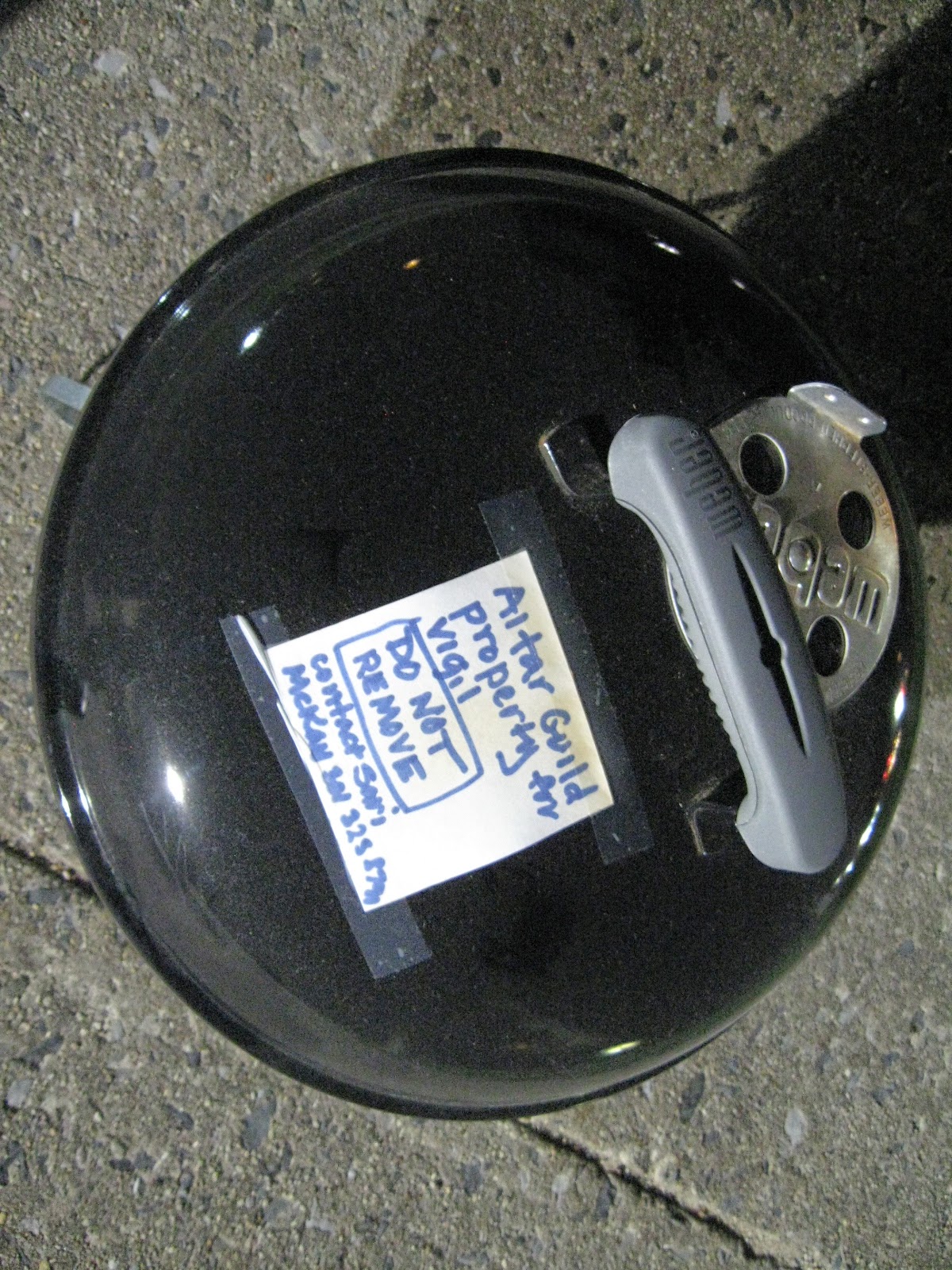