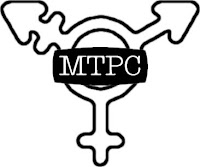 UPDATE -- Thursday, April 21st -- MTPC has won the contest! Here's the press release:
http://www.masstpc.org/?p=1346
WGBH is southern New England's public television and radio station.
WGBH Lab (http://lab.wgbh.org/) is a website for independent media. Its mission is to produce and showcase innovative content for public media outlets with a focus on short duration and small formats.
The Lab's Open Call project invites anyone and everyone to create and submit a video short; the Lab provides a theme and also optional free, uncopyrighted video clips to use in production. One of the current Open Call themes is "Stonewall Uprising" -- "in a 3 minute video, show us where Stonewall’s legacy of courage is today" -- http://www.thewgbhlab.org/open-call/stonewall.
MTPC created and submitted a three-minute video titled "Transgender Rights: Still Fighting (Massachusetts Transgender Political Coalition’s response to where Stonewall is now)”. The video is based off of MTPC's public education campaign "I AM: Trans People Speak" -- http://www.transpeoplespeak.org/. MTPC was honored to interview Miss Major, a Stonewall veteran.
Watch it here:
http://www.thewgbhlab.org/open-call/stonewall/transgender-rights-still-fighting
I'm very proud to say that I'm in it -- it includes a clip from my "I AM" video.
The Lab will curate the best for a panel of guest judges, who will help decide which five earn a $1000 prize, and which one may air along with the television debut of "Stonewall Uprising" on the public television show American Experience (about American history).
Voting is still open! The yellow stars to the right of the video. You can also comment, but you must register first.
Posted by Mycroft Masada at 10:16 AM No comments: