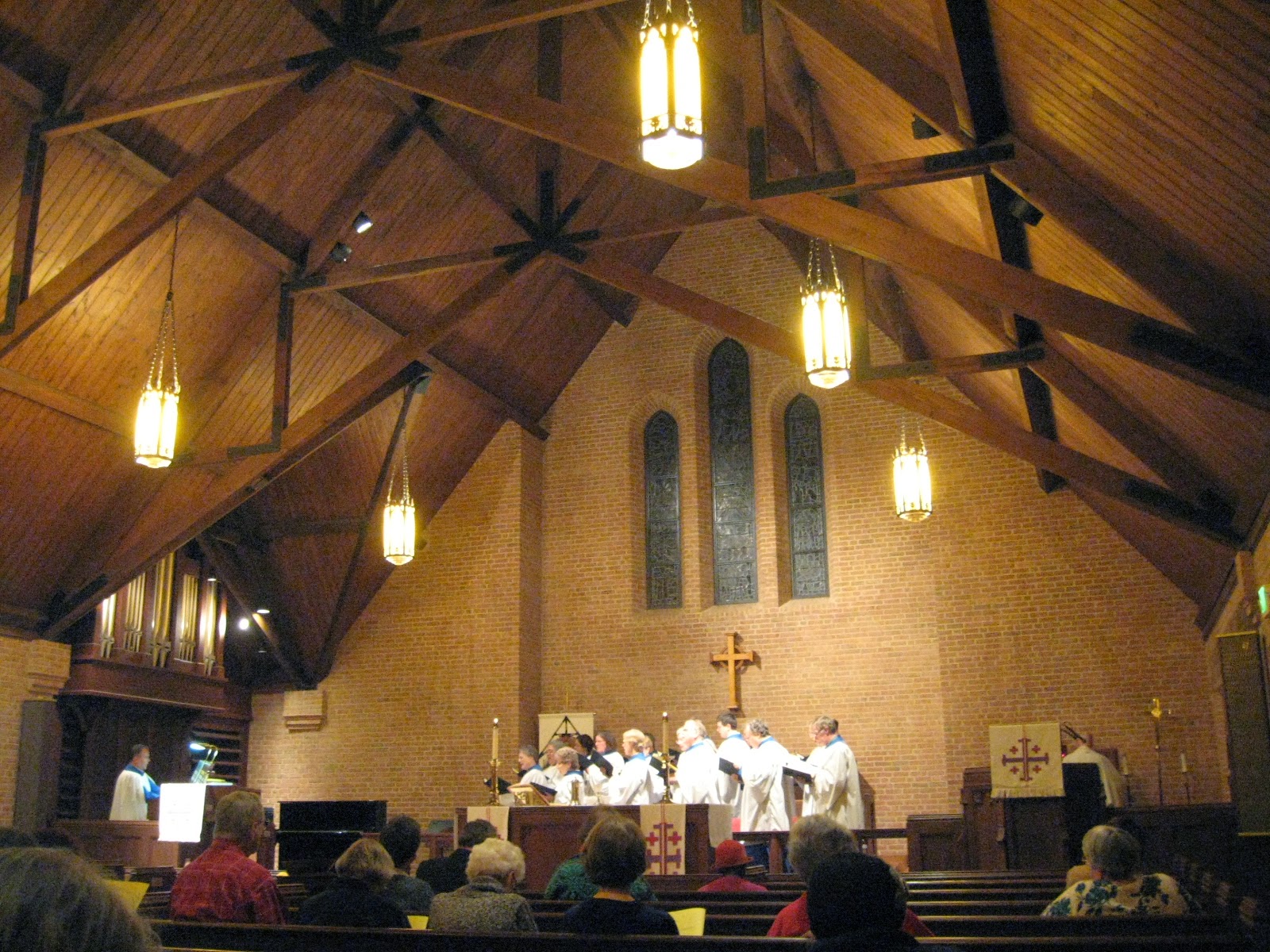 Maundy Thursday 2014 at Episcopal Church of the Ascension.  The choir sings the Anthem at the Offertory (collection), “In A Borrowed Tomb” (text J. Paul Williams, music Patti Drennan).

This service was quite emotional and challenging for us – mostly unexpectedly so, and more so than any other part of Holy Week so far.

This was partly because there was footwashing – in front of the altar, members washed each other’s feet as they felt called to; behind the pews, the priest washed the feet of anyone who wished it – but though we wanted to participate, we didn’t feel ready.  On the one hand, we know that's part of the point -- but on the other, we are still new to this church / Church, and to this ritual.  Julia has never been part of it, and I only have once -- at the late great Saint Luke's & Saint Margaret's, also known as "SLAM", a lovely little Episcopal church in Brighton / Allston MA that was closed a year after I began attending.  SLAM was in the parish where Rita Hester was murdered in 1998 -- leading to the creation of the international Transgender Day Of Remembrance -- was led by Rev. (Dr.) Cameron Partridge, one of only several out trans priests in the Episcopal Church, and was otherwise a rare and precious thing.  But the SLAM footwashing is actually a funny memory, too, as the water we used turned out to be far too cold!

It was especially emotional and challenging -- and especially surprisingly so -- to witness the Stripping of the Altar, as we sang "Jesus, remember me, when you come into your Kingdom" over and over (Gather 2nd edition #293).  I was powerfully reminded of the past and potential closures of Episcopal and other churches, and so of course of SLAM again.  I didn't participate in any of the closure-preparation stripping at SLAM, though I was asked to, and I wish I had.

In the silence afterwards, as the last things were stripped away, and we were free to stay or depart in silence, the little boy in the pew behind us, who had mostly been busy with the coloring books the church provides, asked his mother "Why are you crying?"

Here is the bulletin.
Posted by Mycroft Masada at 10:00 PM No comments: