Boker tov, boker or -- good morning, morning light. Today, Sunday June 9th, is the ninth day of LGBTQ+ Pride Month 2019, and Pride weekend in neighboring DC and my hometown of Boston -- it also Shavuot and Pentecost. And yet there have been at least NINE transgender people murdered in this country this year -- TWO this month -- and all are Black trans women.

Johana ‘Joa’ Medina, 25, a Latinx trans woman from El Salvador, also died last Saturday June 1st, in El Paso, Texas -- just hours after being released from ICE custody; she suffered severe health complications that went untreated during detention. Last year Roxana Hernández died in ICE custody after being abused there. And Nikki Enriquez was one of four women murdered by of an intel supervisor for US Border Patrol.

The photo collage at the bottom of this post shows Dana, Ashanti, Claire, Muhlaysia, Michelle, Paris, Chynal, Chanel and Johana -- no photo of Jazzaline seems to be available yet (and I used Pixlr's Express).

Last year in 2018, more than 30 trans people were murdered in this country, and well over 300 others were murdered elsewhere in our world -- there have already been a few dozen murders in other countries this year. And the great majority of our stolen siblings here are Black, women, and young -- elsewhere, the majority are Latinx trans women and transfeminine people. Too, very little attention is given to the murders, assaults and disappearances of Native / Indigenous people -- especially girls, women, and/or Two Spirit people.

We also continue to lose many siblings to suicide -- the attempt rate in our community is over 40%. And there continue to be unreported trans deaths, reported deaths where the victim is not identified as trans, non-fatal assaults and much more. Trans people are not included in even basic civil rights laws in most states, and several states have anti-trans legislation in process -- in addition to the Trump administration’s attempts to undo trans rights progress on a national level.

I say little here or on social media about the details of these murders -- primarily to avoid retraumatizing my trans followers, especially those living at similar intersections as the victims -- but it is vital to say that the great majority are shootings, and that this is yet another reason we desperately need gun control. 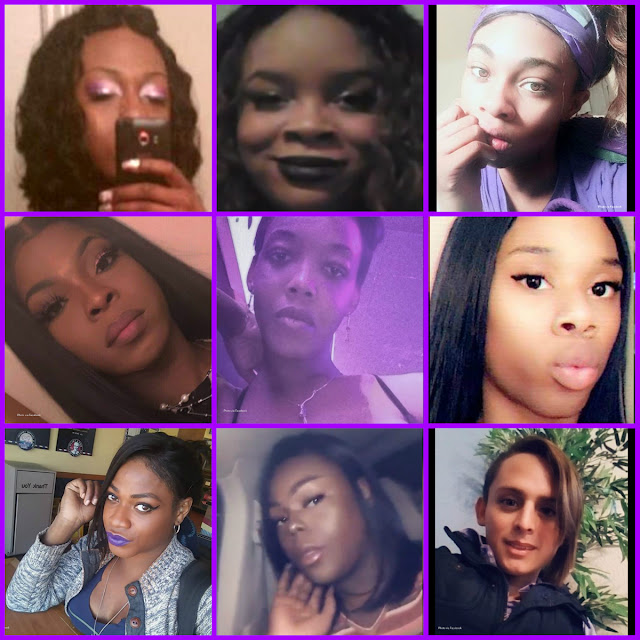 Posted by Mycroft Masada at 9:00 AM No comments: